Oneplus 6T Come With Pop Up Selfie Camera, Specification & Features :- The concept renders of OnePlus 6T shows that the rear and front side of this smartphone features high glass panels. There is a durable aluminium panel present in between these glass panels. It is good news for smartphone lovers is that this handset is available in an array of outstanding colours including blue, white, red and black. Apart from that, this handset is also expected to come with Optic AMOLED display of up to 6.4 inches. When it comes to the screen, it will be protected by the Gorilla Glass 6 protection. The latest smartphone is also loaded with the operating system of OxygenOS 5.1 flavoured Android 8.1 Oreo. Apart from that, it is also backed by up to 3300mAh battery.

It is also expected to be effectively powered by the Qualcomm Snapdragon 845 processor. It is also backed with 8 GGB and 6 GB RAM facilities. The camera facilities of this smartphone in improved with dual rear camera facility. The rear camera has 16 MP sensors and front camera has 16 MP sensors. The camera module of this smartphone is believed to be fully accompanied by the OIS, f/1.7 aperture and dual LED flash.

Oneplus 6T Key features
The leading brand releases the video of this smartphone that allows people to see the concepts and expected features of OnePlus 6T. If you want to know what to anticipate from the new and upcoming flagship smartphone, you can look at the below points.

The OnePlus 6T is anticipated to come with a premium and unique design along with glass construction on two sides. It is possible to be merged with the in-display fingerprint. You can consider Vivo smartphones as your reference to predict the design of OnePlus 6T. These kinds of sensors will increase the space of the display at the bottom portion as a fingerprint sensor.

When it comes to smartphones of Vivo NEX series, they are boasting of pop-up selfie camera. The camera modules are intended for popping up when you are opening the camera application and retraction while you are closing the camera application. The selfie camera is anticipated to be available on this upcoming smartphone. The interesting fact behind this phone is that its concept design imagines the dual pop-up selfie cameras of 16MP with f/1.8 aperture and Auto HDR.

The OnePlus 6T are envisioned to effectively feature an extraordinary triple-camera setup or facility with 8 MP, 16 MP and 20MP at its backside. It is expected to be accompanied by the OIS, f/1.7 aperture and dual LED flash.

The dash charge is a fast charging facility but it fails to receive better improvement over the period. Now, you can anticipate the same thing to enjoy significant improvements.

Other Important Specifications Of Oneplus 6T

The screen resolution of OnePlus 6T display is 1080 x 2280 pixels. The phone is effective powered by the Octa-core Kryo 385 processor of 2.8 GHz. The rear camera in this device has 16 MP camera with equipped Exmor-RS CMOS Sensor that supports the resolution of 4616 x 3464 Pixels. The front camera of OnePlus 6T is actually powered by the Exmor-RS CMOS Sensor. Apart from that, it also comes with some other useful sensors including accelerometer, Gyroscope, Compass, Proximity sensor and light sensor.

Another important thing about this smartphone is that is also equipped with fingerprint sensors. The graphical performance is this device is really excellent that will surely make the games or gaming apps run smoothly. The smartphone is also anticipated to have the Adreno 630 GPU. The onboard storage of this device is at roughly 64 GB. The additional storage details are not still announced by the brand. 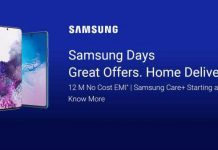 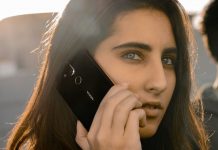 Story Behind Wonderchef, How It Happened